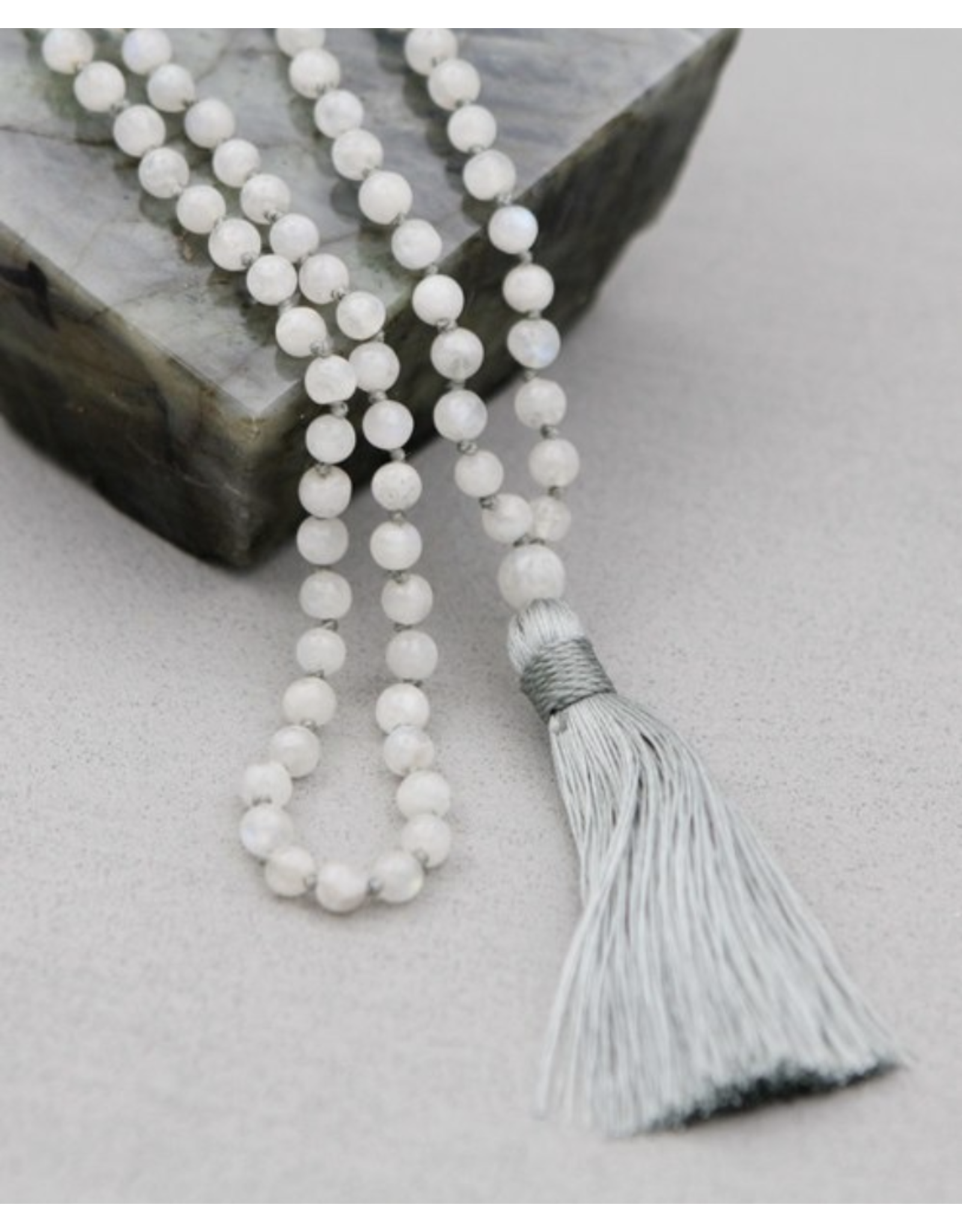 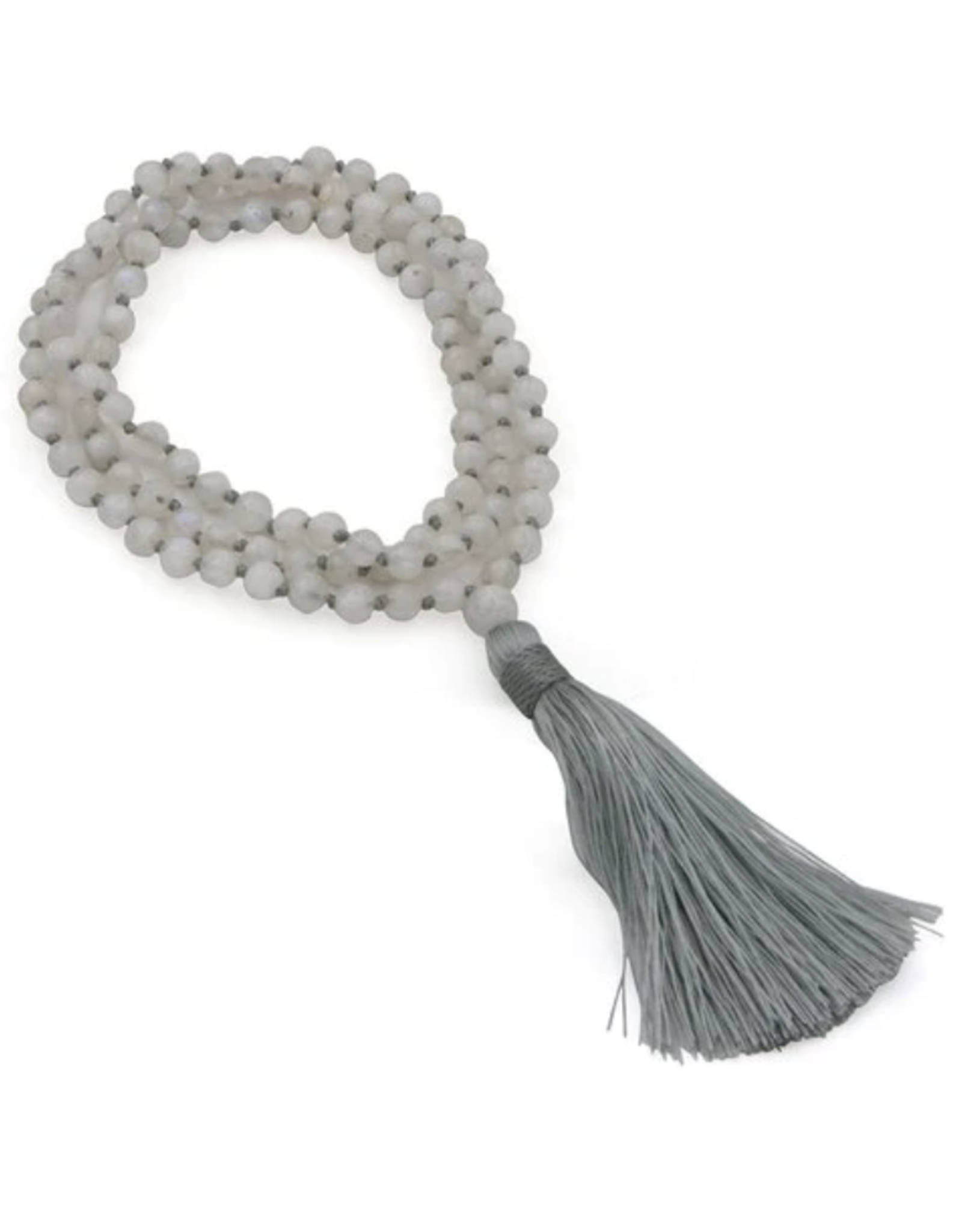 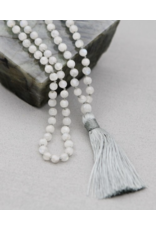 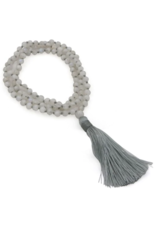 A mala, commonly refereed to as "mala beads" or as a "mala necklace" amongst other names is a type of necklace often popular with people interested in healthy living, meditation, spirituality and the following religions:

For many a mala can simply be a physical reminder of positive intentions and for others it can be a meditation tool often used within religious practices. There is no one definition or correct meaning as to what a mala is, it is up to each individual to determine what meaning their mala holds for them.